14 interview red flags to look out for

Have you hired someone and found out later they were actually a terrible fit for the company? It's happened to the best of us and that's why I've written this list to help you identify 14 red flags to look for when you recruit next. 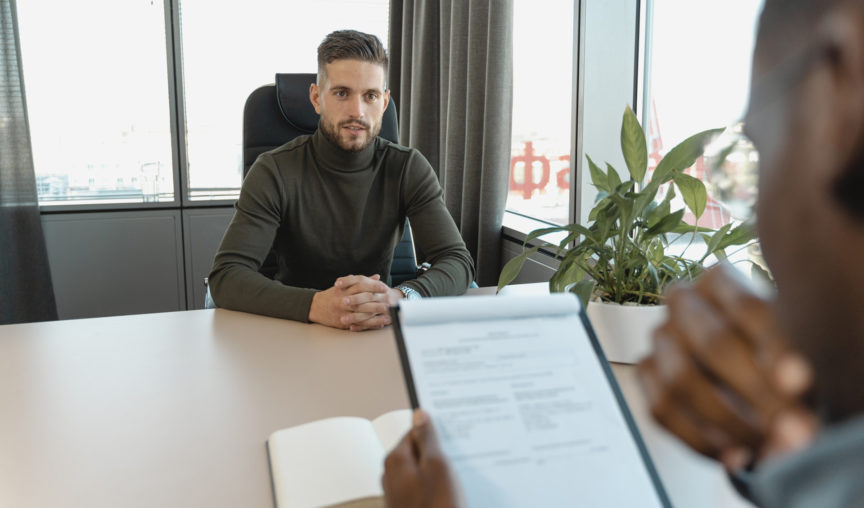 Have you hired someone and found out later they were actually a terrible fit for the company? It’s a nightmare, you’ve spent hours of precious resources trying to locate who you THINK will be a great addition and now you’re left with a sour taste in your mouth. Unfortunately, if you’re in the people management space, it’s going to happen at some point. But, you can mitigate the chance of it happening if you know what to look for.

I’d like to help you avoid some of the mishires I’ve made, which is why I’ve written this list to help you identify 14 red flags to look for when hiring. I’ll go through two common hiring perspectives. The first, from the perspective of a phone interview and then the second, a face-to-face interview (this could also include a video interview).

Quick note: It’s important to understand that not all hires will be ‘neuro-typical’. Some candidates might struggle with social anxiety or other conditions that might affect the way they present in interview scenarios. I ask that you please view this article as loose guidelines and to make your own fair assessment or judgement based on each individual’s merit. 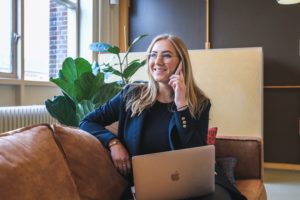 1. The candidate doesn’t know what the company does

Seems pretty obvious, but if you call a candidate and they don’t know what your company actually does, it’s not a great sign. They should be able to tell you what the company does and relate to the business’s purpose/mission statement. For example, if I call a candidate and they don’t know how to communicate how we make work easier and more rewarding for everyone, I won’t be too impressed!

2. Struggles to give examples of past work

A candidate must be able to provide examples of past work and the outcomes of it. Simply stating, “I worked on project X” won’t mean much unless they can explain the direct results from the project. Some people may require some coaxing, but if they still fail to give examples and outcomes of past work, it’s not a great sign.

3. Doesn’t ask questions at the end

Okay, let’s imagine we’re on a date (forward, I know). If you asked all the questions and I didn’t ask you any back, it wouldn’t feel great, would it? It’s the same thing in an interview. If you ask your candidate a bunch of questions and they don’t ask any back, your two-way communication is off to a rocky start. They should be curious and asking questions around the business, their role, potential team etc.

No one likes a liar. If your interviewee can’t seem to get their story straight, you have a problem. Look out for contradictory statements, if they say something one way and then change it later, question them. It could be a harmless mistake, but in my experience, it’s better to err on the side of caution with this red flag.

5. CV doesn’t match up with what they’re saying

Following on from the point above, if you find their CV doesn’t match what they’re saying, delve deeper. Did they send through the wrong resume or are they pushing the truth? Ignore this red flag to your own detriment. Disorganised or dishonest, both aren’t great options.

You: “Why do you want to work for us?” Them: *in monotone voice* “It looked like a great opportunity” Wow, what an amazing response, they seem really keen… not. If your candidate lacks enthusiasm and interest in what you have to say or the role, it might be time to move on.

This one isn’t the easiest to pick up on, especially if there are language/cultural barriers. If you ask a question and the interviewee seems to dodge, avoid or circle around responding, it’s a red flag. Try as you will to rephrase, get to the point and press, some candidates have some skeletons they simply won’t share. If they’ve passed the initial phone interview, it’s probably time to bring them in for a face-to-face. To clarify, even if there are no red flags over the phone, you might spot some in person. 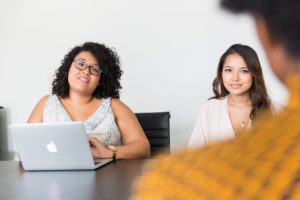 8. Late to the interview

Sometimes a candidate will be late for an interview, things happen. However, your candidate should let you know if they’re going to be late. A simple heads up is better than nothing. My usual grace period is about 5 minutes. If the candidate shows up later than this without an explanation or heads up, I’m not going to be happy. It shows that they value their time more than others and that they might be a tad disrespectful.

Are they some shifty eyes or is it in your head? You come face to face with your candidate and they don’t look you in the eyes. What’s going on? It’s an important question to ask because eye contact is vital in making connections with people and building trust. It’s also a natural instinct, so if someone is avoiding looking into your lovely eyes, there might be more going on. Don’t be quick to dismiss them though, it could be social anxiety or lack of confidence. I’d recommend going with your gut on this one.

Unless you’re Lady from Lady and the Tramp, a scruffy appearance ain’t going to charm you. If a candidate rocks up with an unkempt appearance and body odour, it’s generally not a great sign. If they don’t care about the image they project, what kind of representation will they be for your brand? On the flip side, don’t judge a candidate who has dressed too formally for your workplace and culture. As a hiring manager, if you are more casual, let your candidate know in advance so they have the right expectations when they come in. You will find though, that many candidates feel more comfortable dressing a little more formal for an interview.

Ah, rambling, either pure passion or absolute chaos. I’m sure if you’ve ever interviewed someone, you’ve encountered the rambling type. Now, I’m not talking about the endearing rambler who is absolutely passionate and full of energy and great ideas. No dear reader, I’m talking about the rambler who forms sentences so convoluted the likes of JRR Tolkien and Tolstoy would be put to shame. Rambling is a sign they 1.) don’t know what they’re talking about and; 2.) logic isn’t a strong suit for them.

Pro tip: If you’re the one being interviewed and know you’re a rambler, but self aware – keep your responses short and ask the interviewer if they would like more detail when you have answered their question (succinctly!).

12. Throwing a former or current employer under the bus

No one likes a negative Nancy. If your interviewee starts saying negative things about a former or current employer, this is a big red flag for us. It is very indicative that this person may one day say bad things about you. Moreover, they could be blaming a lack of their own performance or achievement in a role on their past or current employer. It shows that they are not taking ownership of why they are looking for a role or are unhappy in their current role. However, don’t mistake honesty as someone being negative. What do I mean here? For example, if a candidate is upfront about the culture not being a fit for them, it shows they are self aware. Make sure you probe and ask what it is that they are looking for to ensure you will be a good fit for them. A great question here is to ask your candidate to describe the best work environment that have succeeded in and why. This gives them the opportunity to describe a past place where they were successful and why. You can then compare your work environment to assess for fit and future success.

Pro Tip: Read this for 5 Interview Questions That Reveal Signs Of A Toxic Employee

This also aligns to lack of self awareness. Accountability is so important in the workplace. Let’s say you ask the candidate questions about a failed project or areas of development and they can’t answer this, they are not self aware enough or vulnerable enough to be upfront with you. We all have areas we can improve on. Sometimes it’s hard to lay our souls bare to people we’ve just met, allow your candidate time and space to answer the harder questions. However, if they still show a real lack of ownership over past mistakes, their role in team failures, or an inability to answer these questions at all, it’s a red flag.

This one is a bit of a gut instinct one, if someone’s body language comes across cold or disinterested, more could be at play. Body language is such an important thing to watch when you are interviewing, this is because body language makes up 55% of communication. As Prof. Mehrabian says, “if words and body language disagree, one tends to believe the body language.” Make sure you take on the vital role of building rapport at the beginning of meeting your candidate and establishing the setting for the interview. This will make them more relaxed and comfortable. Be aware of any change or shift in body language. This is a red flag as it may indicate they are not telling you the truth. An example here may be a sudden diversion of eye contact.

We’ve just gone through a bunch of red flags, and it can be a bit disheartening. What should you be looking for? At Employment Hero we look for people who are humble, hungry and smart. It is a tried and true way to find ideal team players. What do these traits mean in action? Humble being that they are self aware with little ego, they know their strengths and their weaknesses. Hungry meaning they have a strong desire to see results from their work. Finally, smart, not book smart, but smart in the way they approach people and problems. Maybe your company looks for other things, and that’s fine too! My final piece of advice, know your red flags, but know your green flags too. If you want to know more about how to attract the right sorts of people to your business, we conducted research into what Australian employees want. You can find the report here.

*Employment Hero understands that individuals who are neurodiverse may find it difficult to perform in typical interview scenarios. We ask that you please view this article as loose guidelines and to make your own fair assessment or judgement based on each individual’s merit. As an equal opportunity employer, we believe that everyone should have equal access to employment without fear of discrimination or harassment.