There are endless ways to celebrate Christmas and the holiday season. Let's look at a couple of the most unique ones from around the world. 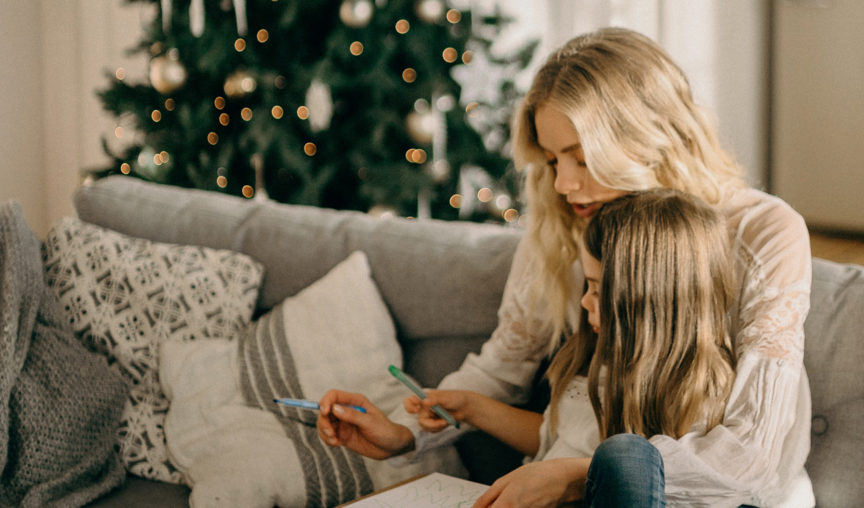 For most Australians, Christmas is spent outside enjoying the summer weather with a barbeque lunch by the pool or the beach. Though Christmas time can be stressful, we’re lucky to be able to enjoy Christmas with our families at home. This is perhaps the creepiest Christmas tradition around the world. Krampus is a mythical creature that has been described as “half-goat half-demon”. Krampus has taken on a number of depictions but most show him as an anthropomorphic being with long horns and a creepy face.

Although believed to have originated in Germany and accepted in several other European countries, Krampus is most prevalent in Austria.

Krampus is the Anti-Santa who punishes children who have not behaved well. The exact punishments of Kampus vary between country and culture. They range anywhere from leaving children a stick instead of presents to beating children and taking them to his lair.

Burning of the Devil (Guatemala) 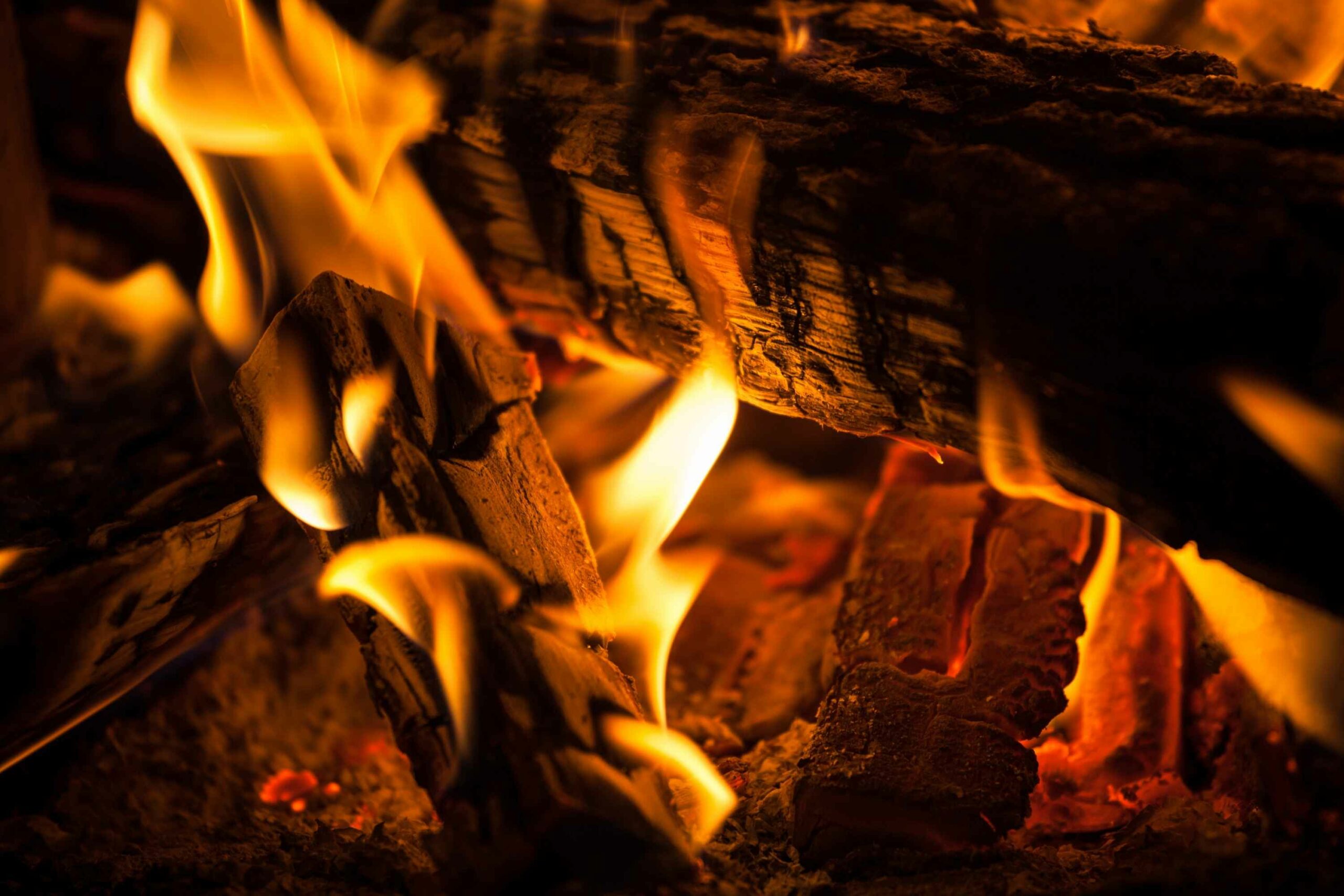 The Burning of the Devil or La Quema del Diablo is a tradition in Guatemala that dates back to colonial times as the rich adorned lanterns in front of their houses to celebrate the Immaculate Conception. Those who could not afford lanterns created their own method of honouring the day.

In Guatemalan culture, it is believed that the devil and other bad spirits can hide in the dark and untidy parts of your house. Every year on 7 December, Guatemalan’s clean out their houses and burn any rubbish to cleanse their homes and have a clean slate for the new year.

The burning of the devil is a more recent addition. It symbolises a fresh start for the new year but also a sense of power and good defeating evil. La Befana is a long-standing Italian Christmas tradition. La Befana is an old witch who was approached and invited by the three wise men on their journey to find a newborn Jesus. She declined saying she had too much housework to do, but later felt that she made a mistake. She tried to catch up to the three wise men but could not find them or baby Jesus. La Befana travelled around looking for Jesus with a bag of presents she intended to give to him.

Each year on 6 January, La Befana flies around on her broomstick, handing out the presents she intended on giving to Jesus to well-behaved children. Similarly to Santa, you can expect to find a lump of coal if you have not behaved well. 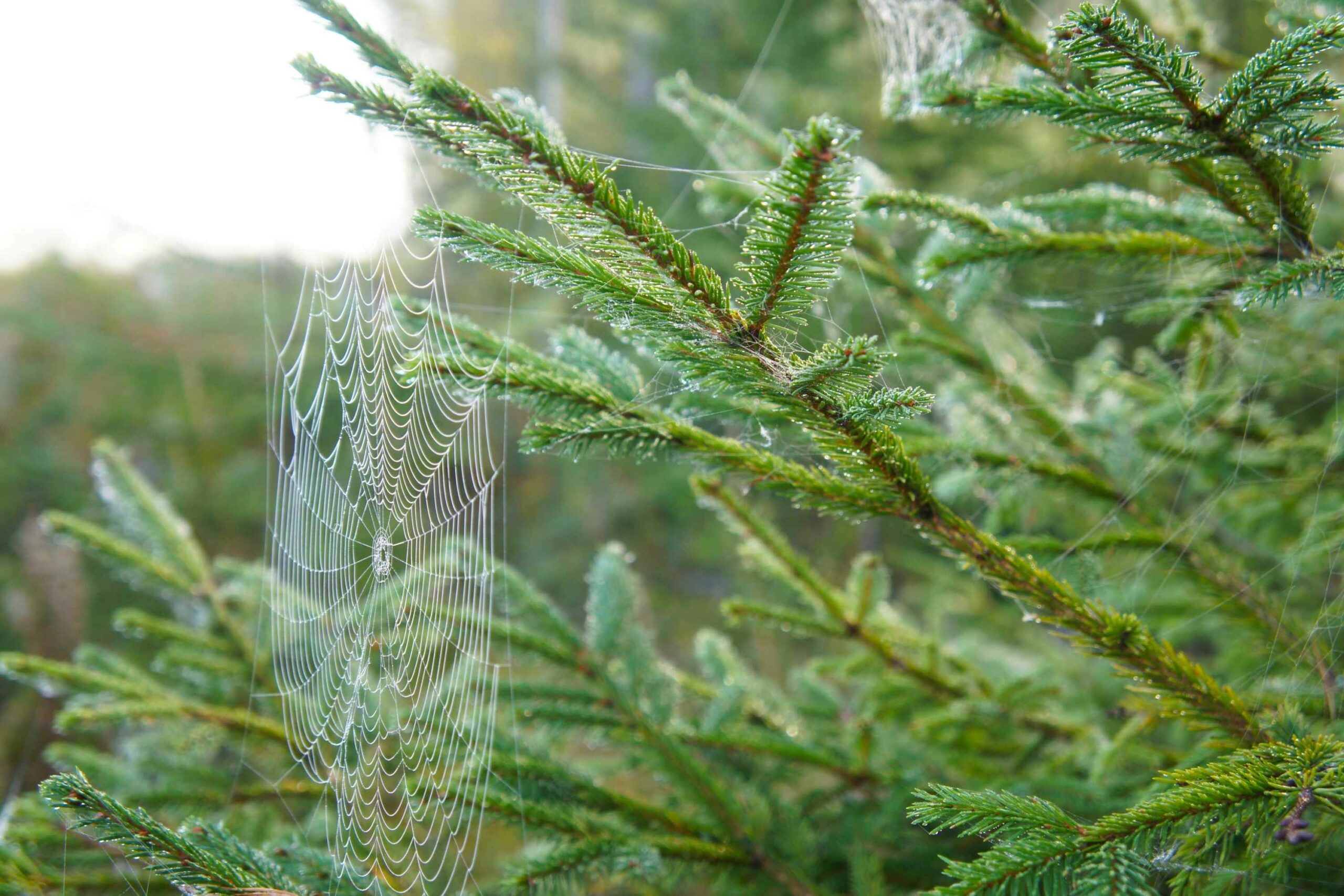 Although many of us would quickly shoo a spider away if it entered our house, they may just find a welcome place in Ukrainian homes over Christmas time.

An old Ukrainian story says that a poor widow was unsure of how she would be able to decorate the tree for her family. With no money, she realised that the tree would likely be bare. To her surprise and the surprise of her children, they woke to a tree that had been decorated with intricate and beautiful spider webs. The web sparkled and the family were able to enjoy a beautiful tree.

Ukrainian families now add fake spider webs to their trees along with tinsel and baubles. The webs act as a symbol of good luck and good fortune. 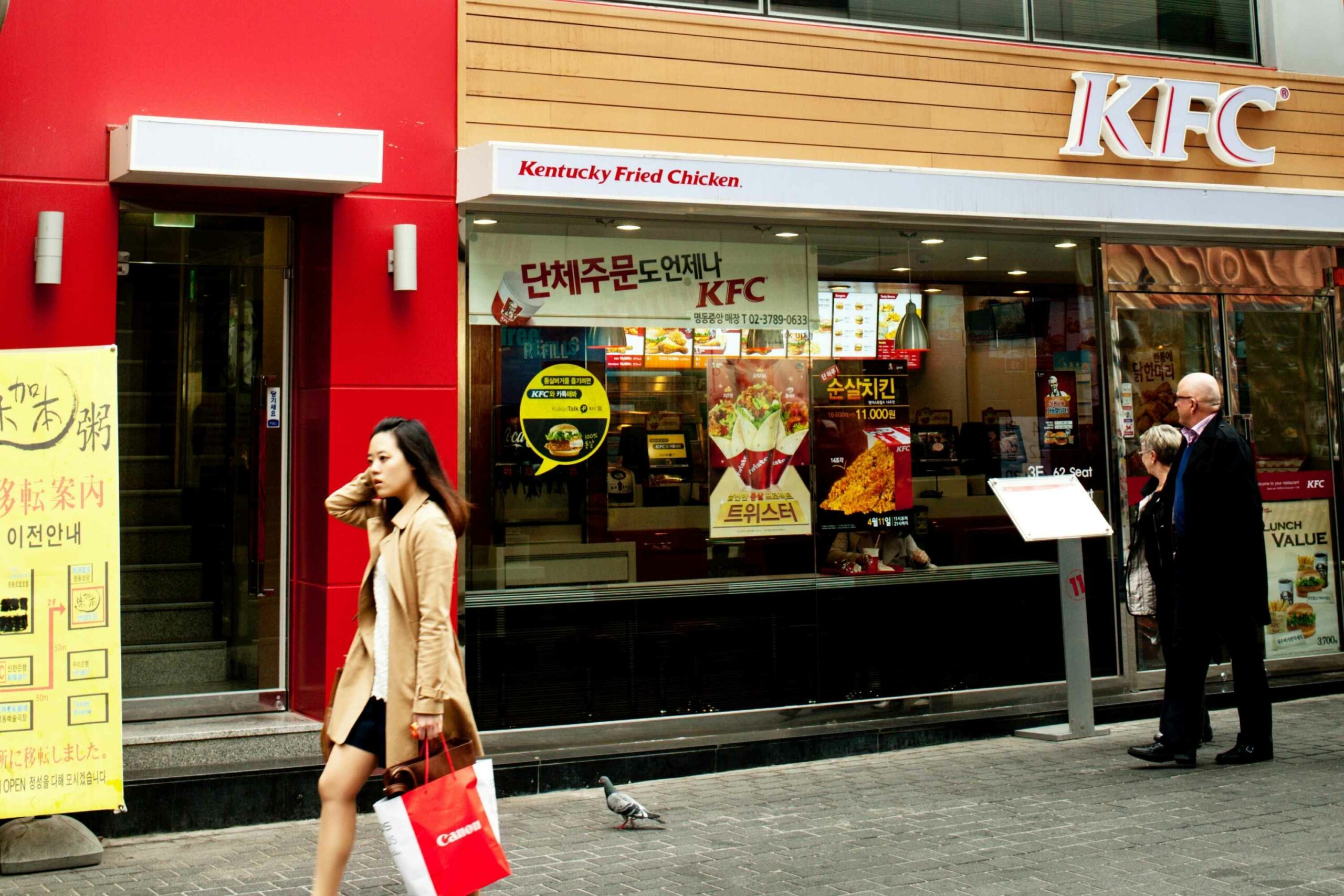 Only around one percent of Japan’s population identify as Christian but that is still around two million people. Similar to holidays like Valentine’s Day, non-Christians have been celebrating the holiday at an increasing rate. Japan certainly has a unique Christmas tradition.

Since the 1970s, KFC has been a popular choice for lunch and dinner during the holiday season. Since first opening in Japan in 1970, the marketing team imagined being a one-stop-shop for an easy Christmas lunch or dinner. Each year it is estimated that around 3.6 million families wait in long lines to eat a KFC Christmas lunch or dinner. The offerings include ‘party buckets’ which are similar to KFC family meals that include pieces of fried chicken accompanied with your choice of sides. 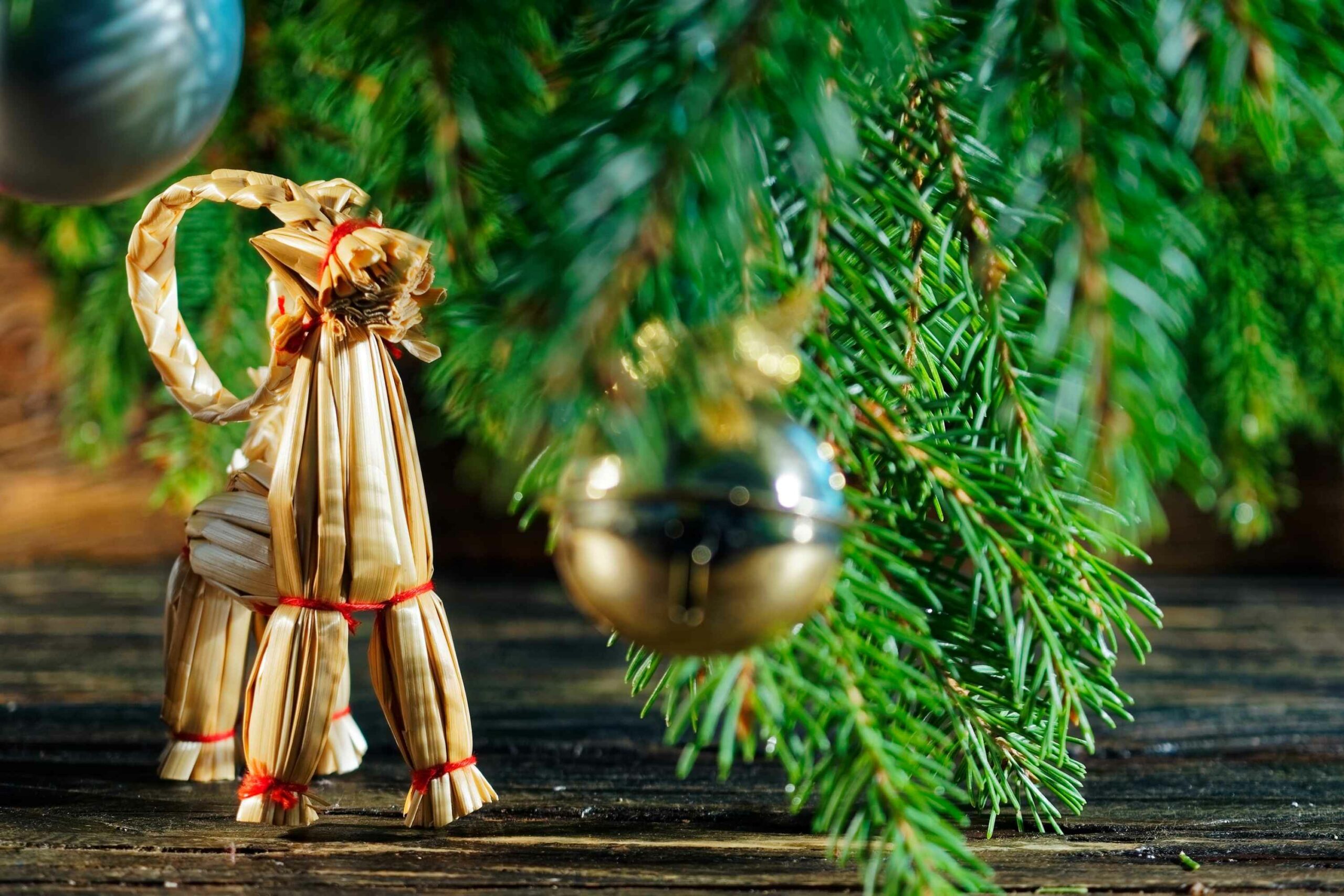 The Gävle Goat is a popular Sweedish Christmas tradition. Each year since 1966 on the first Sunday of Advent, a large goat is constructed out of hay in the Gävle town square. They have varied in height over the years but the tallest goat was constructed in 1993 standing almost 15 metres tall.

The Gävle Goat has however been subjected to vandalism over the years in the form of arson and defacement reportedly only staying fully intact 15 times in 50 years. The specific history of the Gävle or Yule goat is unknown. The goat has been symbolic in Scandinavia for many years. Placed on Christmas products and hanged from the tree, the Yule goat is an iconic Christmas symbol in Sweden and Scandinavia. 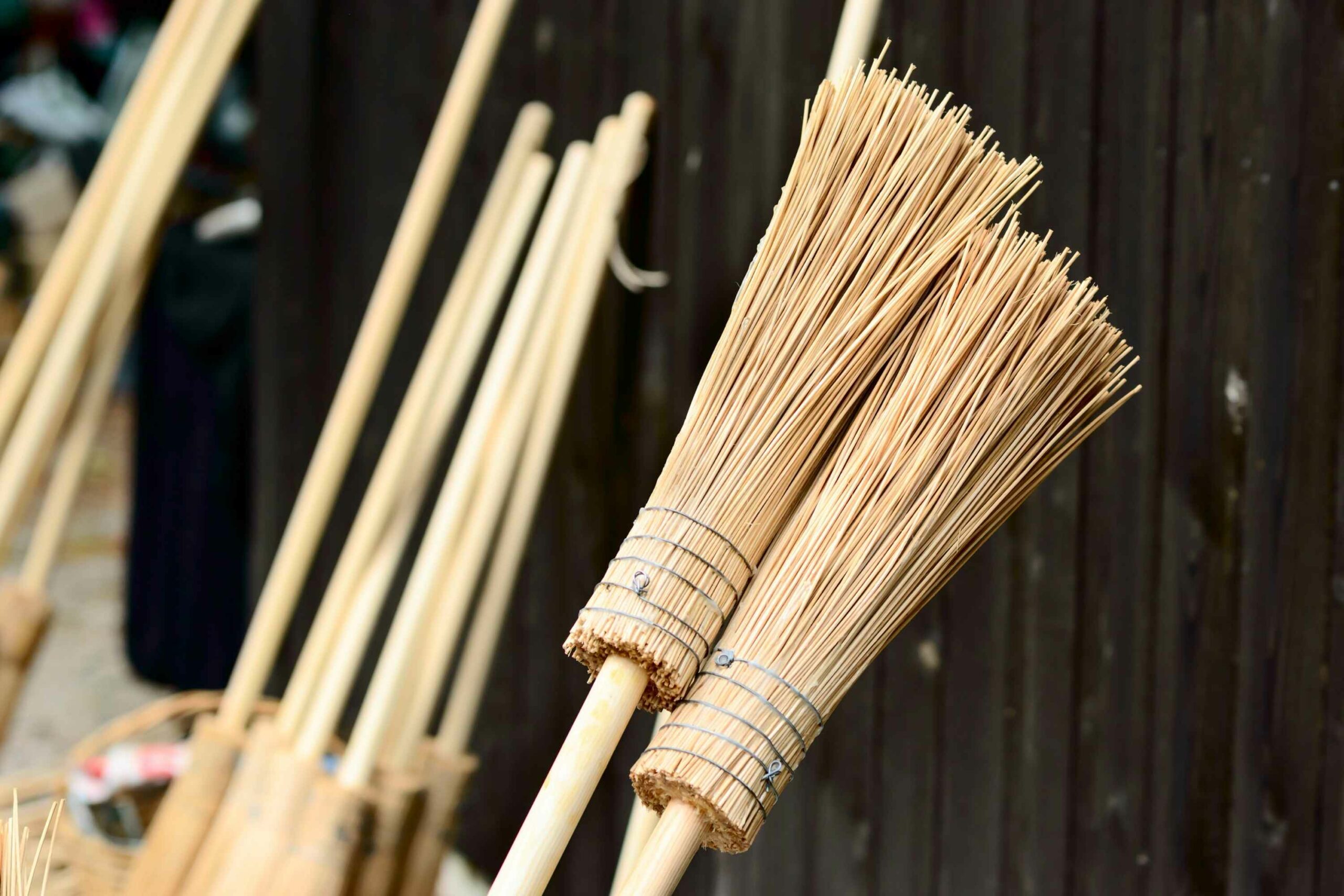 Christmas is a very special time in Norway. Norwegians look forward to the Christmas season to spend quality time with friends and family and give gifts. However, there is a strange Norwegian tradition that is followed to this day.

Superstitious people believe that witches and other spirits come out on Christmas Eve so it is important for households to hide all brooms. This is so the witches and spirits don’t take the brooms and fly away. 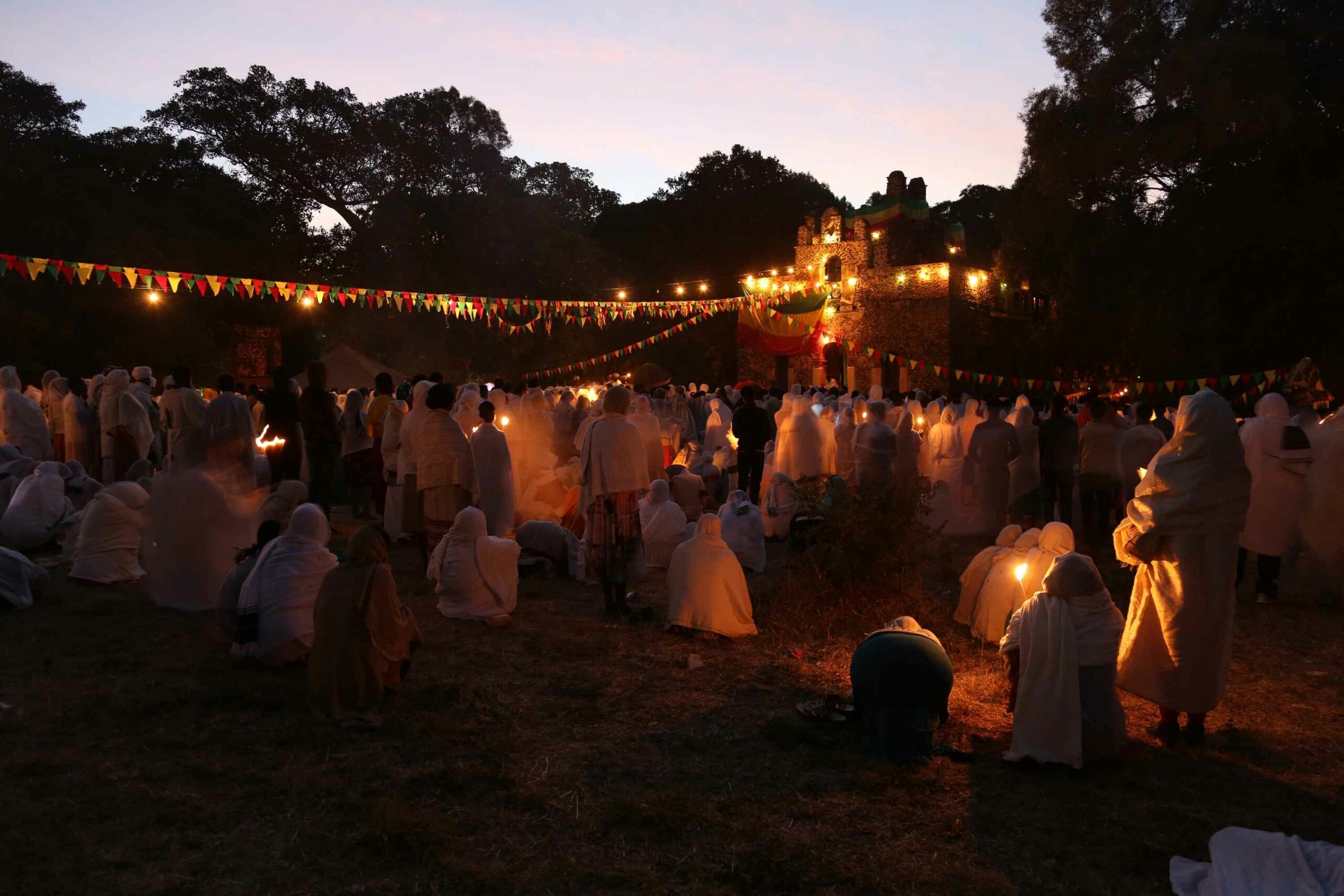 Preparation for Ganna begins on 25 November as Ethiopians begin the Fast of the Prophets in which they follow a strict diet of only one vegan meal per day. For Ganna, people dress in a white garment called a ‘Netela’ which is somewhat similar to a shawl or toga. On the eve of Ganna, they attend church services from 6pm until around 3am.

Twelve days after Ganna on 19 January, a three-day festival begins called ‘Timkat’. The celebration involves church services, processions through the streets and music. The holiday is not commercialised. Gifts are not given and the holiday is much more focussed on community, family and religion.

There are endless ways to celebrate Christmas and the holiday season. But at the end of the day, it is about spending time with the people you love. It has been a strange year but we hope everyone can find a safe way to celebrate with their loved ones.