While the debate around quiet quitting rages on, why is nobody talking about quiet firing? 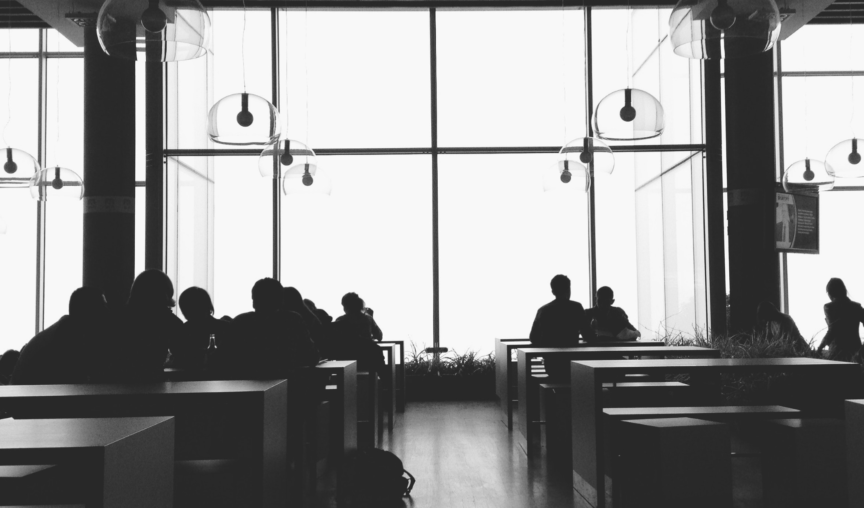 Let’s travel back in time to August, when the trend of ‘quiet quitting’ went viral.

The phrase captured the public imagination. Slack channels buzzed into life. Beyoncé became the new champion for the anti-work and Great Resignation movements.

In a nutshell, one TikTok post single handedly changed the conversation, and folks decided it was high time for some boundaries in the workplace. The post gently but firmly stated this is not about quitting your job – it’s about quitting all the ‘extras’, going above and beyond your pay grade. And it very quickly became an internet sensation.

“You’re not outright quitting your job, but you’re quitting the idea of going above and beyond,” creator zaidleppelin explained in the video. “You’re still performing your duties, but you’re no longer subscribing to the hustle-culture mentality that work has to be your life; the reality is it’s not, and your worth as a person is not defined by your labour.”

A rejection of hustle culture

But why the fuss? Why is ‘just doing what you’re paid to do’ so controversial? Why should workers act ‘more than their wage’?

We’ve lived in the golden age of hustle culture for a long time now. We’ve glorified the ‘hard workers’, the people that go above and beyond in service to their colleagues, teams and companies. This is what we have been taught is necessary to succeed.

So for those with a work ethic that is based on (or glorifies) the hustle – the insubordination of quiet quitting might come as a shock. For those that expect, nay demand, unpaid overtime from their burnt out, overworked employees, yes – quiet quitting might seem disloyal, disruptive and defiant.

But let’s just remember that quiet quitting is quite literally just doing your job. It’s about not taking on any additional (unpaid) work. It’s about setting boundaries – not treachery.

Harmless, right? Boundaries at work have been long overdue.

Of course, work culture varies from country to country and company to company. Some have notoriously gruelling work ethics, which is why one Japanese company developed ‘nap boxes‘ for office workers so they can have a quick standing sleep during shifts.

In other places, there is growing recognition that work-life balance and the working week needs a rethink. That’s why 85% of Iceland’s workforce now have the right to work four days a week.

Hustle culture is on the way out – even if Kim Kardashian thinks it’s what her success is down to and everyone should wholeheartedly embrace (KK did apologise for lashing out, eventually, saying her words were taken out of context).

But the real reason quiet quitting gets people’s backs up is because it sounds very much like the age-old refrain “no one wants to work anymore”.

Indeed, this has been a common complaint from titans of industry through history. As University of Calgary professor and researcher Paul Fairie points out, it’s a claim that’s been uttered in the media at least once a decade, every decade, for the past century — going as far back as 1894.

In fact, people do want to work – just not for low pay and unreasonable conditions. The conversation is rightly in the headlines though because it recognises that our work-life situation is actually nowhere near the ‘balance’ that we need – not because we don’t want to work anymore.

Quiet quitting is simply a pushback on being expected to work extra, or in poor conditions – long hours, for little or no pay. It’s not about being a slacker or doing the bare minimum. It’s not even about not doing your job well, giving up your career plan or leaving your ambition at the door.

We’ll say it one more time for the people at the back. This is about boundaries. It’s about employee wellbeing. It’s about creating a great workplace culture. It’s 2022, right? We can do this.

But there’s something lurking back there that does deserve a mention and a cold hard look at. While the debate around quiet quitting rages on, why is nobody talking about quiet firing?

What is quiet firing?

This behaviour is on a spectrum which can cover anything from constructive dismissal to overlooking employees for promotion, and everything in between – some casual workplace neglect or career stagnation.

The outcome is the same: the employee eventually leaves because they feel they’re at a dead end. Which neatly avoids the situation where the employer outright fires them. Ouch.

Truth be told, a lot of this falls on the shoulders of the line manager, and the unfortunate truth is that poor management can lead to high levels of staff distrust and turnover. In the era of the Great Reset, this is not an experience you want for your business.

It’s worth remembering that these behaviours can be intentional as well as unintentional. Which begs the question, could you be engaging in quiet firing by accident?

Here are some telltales to watch out for:

Maybe you have some wallflower employees that are just quietly getting on with their job, not actively seeking opportunities for career progression or taking on additional responsibilities.

As an employer, you didn’t intentionally force them out of the door. Sure, maybe you didn’t appreciate them while they worked for you. But you got them a nice gift when they left, right?

But this is what quiet firing is all about – it’s just a bit more sinister when it’s an intentional strategy.

That’s why it’s good to at least be having this conversation. You can’t fix a problem you can’t see. So let’s recap on how to avoid going down the path of quiet firing – accidentally or on purpose.

How to avoid quiet firing

The first place to look is your company culture. An organisation with a standout company culture is bound to be known as a great place to work in their industry, creating a workplace that top-tier candidates just can’t say no to.

Looking after your employees (as opposed to quietly firing them, say) can help you stand out against your competition. After all, the biggest challenge facing most businesses today is not having enough skilled staff. So make sure you’re doing everything you can to look after your employees – in turn that will help you retain talent, and attract more of it. And it all traces back to the culture you embrace in your company.

Employees talk, and your business could gain a reputation for quiet firing. Keep track of your employer reviews on sites like Glassdoor and take negative sentiments about the business very seriously.

3. Think about your employee value proposition

Appraise your employee value proposition (EVP). Getting your EVP right is downright essential for attracting and retaining top talent.

We say this all the time but we will never get bored of it – it’s too important: it’s crucial to value your staff. Your success depends on your people.

And if there were a handbook on how to run the best company ever (and really nurture your People and Culture), rule number one would surely be ‘Do Not Quietly Fire Them’.

(Oh wait, there is a handbook. And we wrote it! Get our top tips and learn from the best with our leader’s guide to company culture).

Sure, some people love hands-on coaching and are hungry for career development. It’s easy to reward, support and nurture that.

But not all employees will be like that. Regardless, it’s the line manager’s responsibility to look after them and help them feel included and like they belong. This relationship building is a core part of a manager’s job.

So remember to be giving your managers leadership training as well – it’s vitally important for them to be able to do their job well. Whether it’s intentional or not, a bad manager can undermine company culture, team morale, and performance. Quiet quitting has bad management written all over it – so let’s not let this become an epidemic, hmm?

There are ways to support your staff, and turning a blind eye while they slowly withdraw until they pack up their desk and leave is not that.

So don’t worry so much about quiet quitting – rather, actively encourage your staff to have boundaries around work. Workplace wellbeing is where it’s at, trust us – happy staff are motivated and committed, which does translate into performance.

Get the workplace wellness bundle.