What is performative allyship in the workplace and why do businesses need to tackle it?

If leaders and brands want to make genuine gestures of allyship, they need to look inwards first. 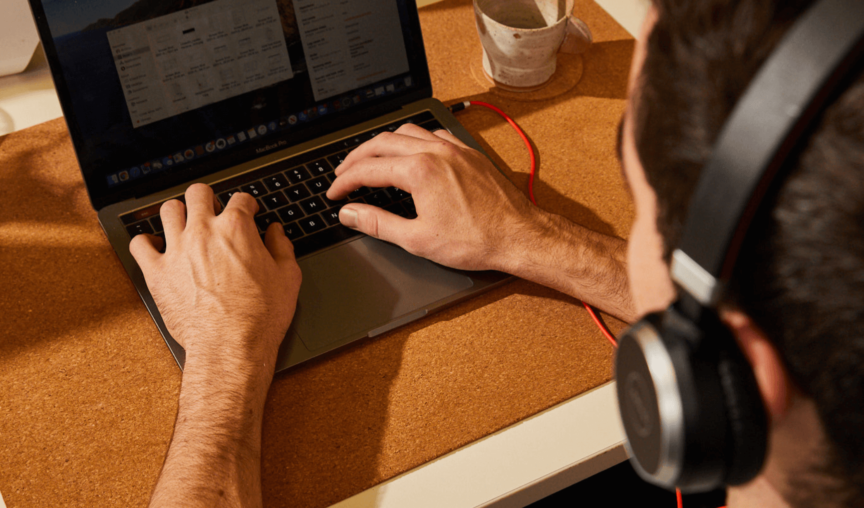 During the Black Lives Matter protests of 2020, a social media trend went viral.

The black square trend, which would quickly evolve into #BlackOutTuesday, was originally started by music industry executives Brianna Agyemang and Jamila Thomas. Sharing a black square and an official website accompanied by the message ‘The Show Must Be Paused’, they advocated for those in the music industry to stop and reflect on the treatment of black employees.

After being picked up by notable celebrities such as Rhianna, the trend went viral and quickly transformed into something else. Instagram users in the hundreds of thousands, brands and individuals, started posting black squares to their feed – along with the hashtag #BlackOutTuesday.

While many posters felt that this was a way to express solidarity with the Black Lives Matter movement, the viral trend was also critiqued as performative allyship.

Someone might post a black square on their Instagram feed, but what good was this really doing for the BLM movement? Did posting a black square sit in place of protesting, petitioning or donation to related funds? If the black square was posted by a business, was that company confronting racial bias internally and creating equal opportunities?

Over the last few years, Pride Month has been a catalyst for similar discussions around performative allyship – especially for brands.

While some companies might authentically commit to LGBTQ+ causes during the month, others have been accused of ‘Rainbow Washing’, performative allyship which sees companies take advantage of Pride’s colours and themes to sell its products, without meaningfully contributing to the equality of the LGBTQ+ community or supporting their LGBTQ+ staff.

Generally speaking, companies should feel empowered to publicly support movements and events that champion equality. But this support has to be meaningful, and it has to start within your workplace.

What is performative allyship?

Performative allyship (also known as ‘optical allyship’) can come in many different forms, but it can be generally defined as the practice of disingenuously supporting a marginalised group to make oneself appear as an ally, for some kind of personal gain. It is a surface level show of allyship, which isn’t supported by real action.

As the University of Kent describes, “Performative allies are allies only in name. Their “support” of a marginalised group is often just when it’s convenient for them and can actually be harmful to a group.”

Effective allyship (which might also be called ‘true allyship’, ‘real allyship’ or ‘genuine allyship’) would see an individual or business stand in solidarity with a marginalised group. They might publicly demonstrate their support, for example – with a social media post about a certain cause or event, but they would also support people from the marginalised group in their daily lives.

Performative allyship, which can also be referred to as ‘virtue signalling’, might see someone make a similar social media post, but then be completely silent when it comes to supporting people from a marginalised group day-to-day. They are only supporting the group as a show to others, as a performance.

How can performative allyship impact the workplace?

Performative allyship can take a few forms in the workplace. Let’s start with brands and bandwagons.

During the Black Lives Matter protests, fashion brand Zimmerman shared an Instagram post with a black square, which inside featured the Desmond Tutu quote; “If you are neutral in situations of injustice, you have chosen the side of the oppressor.”

This Instagram post raised a lot of eyebrows among former staff, who had received an internal memo of visual requirements for female employees.

As the ABC reported; “Hair was to be styled either straight or in soft waves, with either a middle or side part. No buns, no plaits, no braids or ponytails. As Diet_Prada pointed out, this would make it difficult for any black employee who wears their hair naturally.”

Several former staff members and interns also took to Zimmerman’s post to share their stories of racist treatment while working within the business. It quickly became obvious that the brand had a lot of internal issues when it came to inclusivity and Zimmerman later issued a statement promising to do better.

Performative allyship in internal leadership is where a leader within a business will say they are supportive of a movement to their teams, without taking any actions to show their support. An example of this could be a leader announcing that they care about sexism in the workplace, without actively addressing discrimination complaints made by female employees.

It’s all very well and good for a leader to say they care about the experiences of marginalised groups, but without any actions to actually remove discrimination in their workplace – their public statements means very little.

What are the impacts of performative allyship?

When we examine the two examples above, we can see there are all sorts of issues caused by performative allyship in the workplace.

The main impact is one of alienation of a group that a person or brand has claimed to support. If your boss makes a big public statement saying that they will support you (and maybe even suggests they should be celebrated for supporting you), but then continues to treat you badly or allow you to receive bad treatment? Well you’re probably going to be feeling frustrated, mistrusting of your boss and gaslit by your company culture.

These feelings can quickly swell into a toxic culture, and can really tarnish an employer’s reputation. This kind of behaviour might cause employees to turnover at higher rates, and increase levels of employee disengagement.

How to avoid performative allyship in the workplace

Have you ever seen a hashtag or topic trending on social media, and jumped in straight away with your two cents on your personal LinkedIn page, company Slack channels or business’ social media? Take a second.

Before you contribute to a conversation that involves the experiences of a marginalised group – ask yourself; Am I making this gesture just to be involved, or is this a contribution that’s supported by my/our business’ everyday actions?

To avoid performative allyship, real allies need to practise what they preach. So many companies were called out for performative allyship during #BlackOutTuesday because that was the first time they had ever shown an interest in racial justice or challenging systemic racism. While they were all too happy to show their support on social media, many of them had neglected diversity and inclusion initiatives within their own teams.

2. Be informed about the experiences of marginalised groups

We are all responsible for learning about the experiences of different groups. It’s a great way to examine our own privilege and can help you be a better ally.

When leaders educate themselves on the issues that marginalised groups face, they can better understand the lived experiences of those groups. They can also understand our privilege in certain situations, and confront bias within their organisations.

Learn about the issues that are important to different groups, whether that’s by reading articles, listening to podcasts, or consuming any other resources that are created by people from those groups.

Importantly – don’t expect or rely on people from marginalised groups within your company to educate you. While you should be open to hearing from people about their lived experience, it’s not their responsibility to educate you about huge topics like racial equality – and it can be exhausting for them to do so.

3. Look at how you internally address discrimination, before making external gestures

Before you make any kind of external gesture as a brand or business leader, it’s important to examine your workplace first.

Does your company offer a welcoming and inclusive environment for all people? Do you have a top-down approach to diversity and inclusion that challenges structural racism, homophobia and sexism? Confronting these issues takes intentionality – it’s not enough to say that you welcome everyone, you need the initiatives, policies and culture to back it up.

4. Make diversity and inclusion a priority in the workplace

This brings us to your diversity and inclusion (D&I) strategies. Does your business have one?

Diversity, equity and inclusion should always be a priority in the workplace. Having a D&I strategy can help you support people from diverse backgrounds into leadership positions, create an equitable workplace setting, confront hiring bias, change processes to be more equitable, protect marginalised groups from discrimination, confront hiring bias and much more.

Eager to learn more? Discover the principles of Diversity and inclusion.

5. Honestly reflect on your brand and marketing activities

After you’ve created a great diversity and inclusion strategy for your team, it’s a good idea to reflect on your brand and marketing activities and ask for honest feedback.

Do you find that you often take advantage of events like Pride month to promote your brand? Let’s take the gesture of rainbow-ifying your logo. Sure, it’s a way to get involved – but are you doing anything further to support the LGBTQ+ community or your queer employees? Think about other, more meaningful ways that you could show your support for and boost voices from marginalised communities all year round.

It’s also good to reflect on representation in your marketing materials. If you have people within your imagery, do you generally feature one race, gender or ability level? We can almost guarantee that this doesn’t reflect your customer base.

6. Take action in your own space

No one is expecting companies to solve systemic discrimination, but businesses can make a big impact in their own space.

Take software company Drift. They responded to the Black Lives Matter movement by hosting open online discussions with a focus on anti-racism in the tech industry. By running these events, they are taking accountability and working to make noise in their own area, which could make all the difference for their workforce and their industry colleagues.

Your most inclusive workplace

Genuinely inclusive workplace environments are essential to lead a great company. Create real change with your company culture and show genuine allyship by making diversity and inclusion a priority within your business.

Learn more about the principles of diversity and inclusion with industry and academic experts by downloading our free Diversity and Inclusion HR handbook now.