With the International Day for the Abolition of Slavery this week, there’s never been a better time to learn about this important global issue. 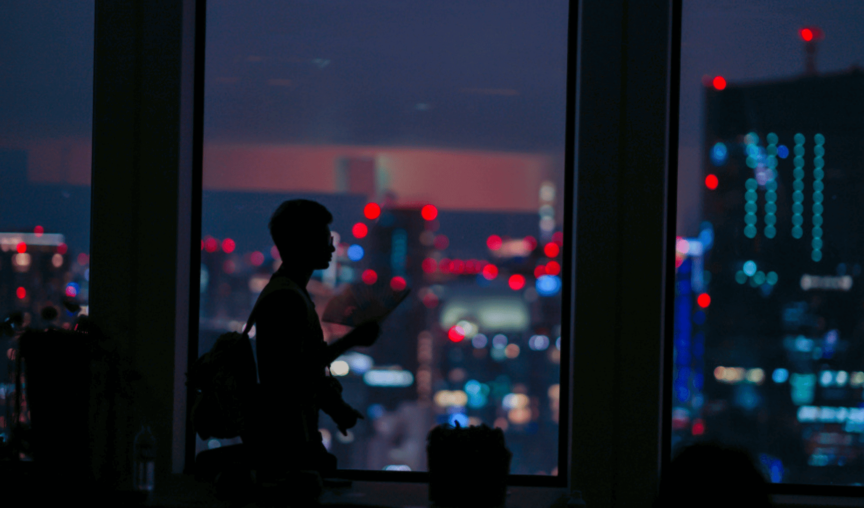 Have you heard or seen the term ‘modern slavery’ recently? This important issue has been back in the news this month, with the establishment of an Anti-Slavery Commissioner in NSW following the landmark passing of new modern slavery laws through the sate parliament.

The new laws will apply internally to the NSW government, councils and state-owned entities and will be enforceable from early 2022. As told to the Sydney Morning Herald, NSW Special Minister of State Don Harwin said; “The NSW government is leading by example to require itself – by law – to take action against possible modern slavery in its supply chains. The government can achieve this by maximising transparency in its procurement practices.”

Although these new laws will only apply to government entities in NSW, there is already federal anti-slavery legislation which applies to businesses throughout Australia. Some of these were updated in 2020 due to the global impacts of the pandemic. The most commonly cited law is the Australian Modern Slavery Act 2018 (Cth), and businesses – as well as all consumers – should be aware of it.

With the International Day for the Abolition of Slavery this week, there’s never been a better time to learn about this important global issue.

Disclaimer: While due care has been taken in preparing the document, no responsibility is accepted by the author for the accuracy or suitability of the information contained. All liability is expressly disclaimed for any loss or damage which may arise from any person relying on, using or acting on any information contained therein.

What is modern slavery?

Modern slavery refers to a number of exploitative practices that violate an individual’s human rights.  These practices can include; human trafficking, slavery, servitude, forced labour, debt bondage, forced marriage and the worst forms of child labour. There are people suffering under modern slavery in every country and sector. Industries that are considered ‘high risk’ include construction, agriculture, fashion, electronics, sex work and hospitality, among others.

The Global Slavery Index estimated that on any given day in 2016, 15,000 people in Australia were living in conditions of modern slavery. In Australia, businesses may also be knowingly or unknowingly participating in global modern slavery through their global supply chains. Consumers could be contributing to globally poverty by purchasing goods that have been produced by workers living under modern slavery practices.

An estimated 40 million people are trapped in modern slavery conditions worldwide. 16 million of the world’s modern slaves are exploited in private supply chains. One in four victims of modern slavery are children.

Modern slavery refers to serious exploitation, and does not include poor working conditions or underpayment of employees. While these practices are still illegal and carry legal consequences for the perpetrator, they are not generally classified as modern slavery.

The Modern Slavery Act 2018 (Cth) is a federal law that commenced in Australia on the first of January 2019, aiming to make Australian businesses that have an annual revenue above $100million be accountable for the risks of modern slavery within their local operations and supply chains.

The Act deems that large businesses must take responsibility to respect human rights, as outlined by the United Nations Guiding Principles on Business and Human Rights. The relevant businesses must submit an annual report (a “Modern Slavery Statement”) that outlines the risks of modern slavery within their business, and outline actions to address these risks. Statements are filed by the Minister and are publicly available to view on modernslaveryregister.gov.au.

In 2020, with the backdrop of the global pandemic, the Customs Amendment (Banning Goods Produced by Uyghur Forced Labour) Bill 2020 was introduced to the Senate by Senator Rex Patrick, with the aim of banning the importation of goods from factories in parts of China that are produced by forced labour. The Bill was referred to the Senate Foreign Affairs, Defence and Trade Legislation Committee, but it may not be passed.

The reasoning? The Modern Slavery Act (2018) requires large businesses to take accountability, whereas this amendment would require every Australian business – regardless of size – to prove that none of their imported products have passed through workers living under modern slavery. There is much debate whether the positive impacts of this Bill would be worth the additional stress to businesses who may not currently have the resources to interrogate their importation.

What are the Modern Slavery requirements for Australian businesses?

What is required for mandatory reporting? Section 16 of the Federal Act outlines the criteria which the reporting entity must address:

(a) identify the reporting entity; and

(b) describe the structure, operations and supply chains of the reporting entity; and

(e) describe how the reporting entity assesses the effectiveness of such actions; and

(f) describe the process of consultation with:

(i)  any entities that the reporting entity owns or controls; and

(ii)  in the case of a reporting entity covered by a statement under section 14—the entity giving the statement; and

(g) include any other information that the reporting entity, or the entity giving the statement, considers relevant.

Some businesses choose to publicise their Modern Slavery statement, or make it publicly available on their website. This is not a mandatory requirement of the Modern Slavery Act 2018 (Cth).

Global fashion retailer H&M is an example of one such business. On their website they’ve published the details of their Human Rights policy and how it operates their business, in addition to their Modern Slavery Statement which is available to download.

At H&M Group, we recognize our responsibility to respect human rights as stated in our Human Rights Policy. This Policy also covers the issue of modern slavery as defined in the Universal Declaration of Human Rights, which is a comprehensive definition that includes forced labour.

Since 1997, we have been working systematically to address the risk of forced labour and child labour in our global supply chain. In 2015, we identified forced labour as one of our salient human rights issues. We recognise that the risk of forced labour exists in various forms in all countries and across our value chain. Over the past year, we have broadened the scope of our work, deepened our understanding of risk and put in place effective responses to manage any risk.

We strictly prohibit any type of forced labour, regardless of the market or region. All allegations made about H&M Group, a supplier or business partner are investigated. If we discover and verify a case of forced labour, we take immediate action. For business relationships this will lead to enforcement action, and if prompt corrective action is not taken or adequate remedy provided, the ultimate consequence will be termination.

Modern slavery and forced labour are often linked to systemic issues. Businesses have a responsibility to prevent these issues from occurring in their operations and supply chains, as set out in existing and evolving regulations.

This statement is made on behalf of H & M Hennes & Mauritz AB and all companies in the H&M Group, pursuant to the UK Modern Slavery Act, the Australian Modern Slavery Act 2018 (Cth) and the California Transparency in Supply Chains Act. It applies to, and sets out the steps, the H&M group has taken to address modern slavery within its supply chain and its own business operations.

While the Modern Slavery Act 2018 (Cth) only requires large businesses to report their modern slavery accountability, small to medium-sized businesses are not required by law to submit any kind of reporting around modern slavery.

Modern slavery in all of i’s forms is still illegal in Australia, and anyone knowingly exploiting workers under modern slavery practices can be prosecuted. If you’re concerned about unknowingly supporting modern slavery through your supply chain, there are things that you can do to help spot red flags and make ethical decisions.

Be informed about modern slavery

Slavery is a concept that feels quite seperated from our everyday. It’s hard for most people to think about it in the context of the 21st Century. Yet, as the United Nations reminds us, ‘slavery is not merely a historical relic’.

Thursday 2 December 2021 is the International Day for the Abolition of Slavery, it’s the perfect time to learn more about how we can identify and fight modern slavery, and share our knowledge with our friends, colleagues and the wider community.

Small to medium-sized businesses (SMBs) can have limited resources to run a complete audit of their supply chain. However, we still believe that it’s worth examining your supply chain as best you can. Do your suppliers have a human rights policy or a policy around modern slavery? Can you open a discussion with your vendors around modern slavery compliance? This is your opportunity to shine a spotlight on their operations to better understand how your products and services are being manufactured.

If your suppliers or vendors are not transparent about their operations, it may be worth exploring new options where they do have these policies in place.

Just because you’re an SMB, doesn’t mean that you can’t implement your own public framework around modern slavery or human rights. Within your policy, explore why respecting human rights is important to your business and detail any measures that you have put in place to reduce the risk of modern slavery.

Thank you for learning more about modern slavery. The more that we all – large businesses, SMBs and consumers – know about this important issue, the better we can tackle it on a local and international scale. Remember, all changes – no matter how big or small – can make a difference.

Beyond modern slavery, if you’re interested in learning more about compliance for your business, check out our resources about employment compliance. Read our blog on compliance issues for small businesses or download our free Essential Guide to HR Compliance.