How to overcome common limiting beliefs that are holding you back

Learn how successful business leaders have overcome limiting beliefs, and how this author overcame hers with the hopes of inspiring you, too. 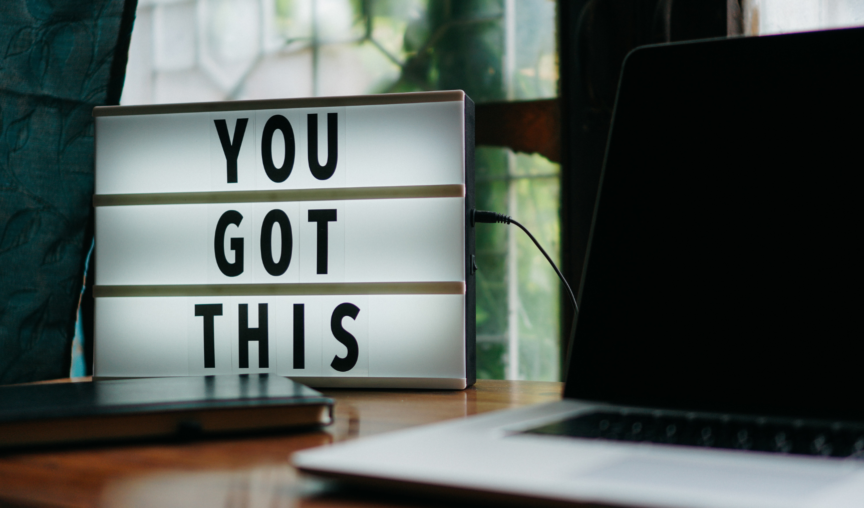 Limiting beliefs are the worst.

How many dreams do you think have been self-rejected before they were even tried and tested? And why have we become so good at telling ourselves not to go through with something that we might have been hyping ourselves up for, for months?

Whether it’s that meeting you’ve pencilled in with a potential investor, a chance to be interviewed by a renowned media company, or an opportunity to build that business that you’ve always wanted to build – chances are you might’ve gotten so good at self-rejection that you’ve started looking for a personal cheerleader to quieten that voice in your head telling you you’re not good enough. Even though everyone else seems to think – god forbid, that you are, actually.

And before you even suggest it – contrary to popular belief, limiting beliefs are not something that are an exclusive experience that only female founders and business owners have.

In fact, it does not care what gender you identify as, and frankly, neither should you.

Let’s investigate limiting beliefs so that you can start embracing life at its fullest and quiet down that annoying inner critic of yours.

What are self-limiting beliefs? 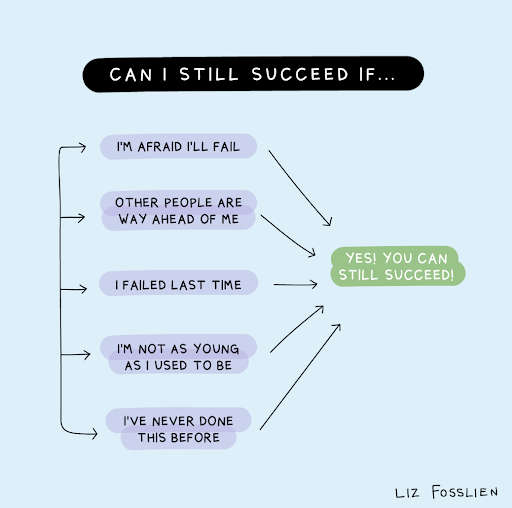 Ever told yourself you’re not good enough to do something that someone else thinks highly of you about? That is a self-limiting belief in its most basic form.

It’s one thing to be rejected or talked out of something by an external factor such as someone else, or a hurdle you face. But it’s a completely different ball game when it comes to our own limiting beliefs – they’re much harder to control.

But it’s not impossible.

How does a limiting belief affect your business and team members?

If you’ve got big, hairy audacious goals when it comes to the success of your business and the team behind it, having limiting beliefs can be an unwanted anchor and hold you back from achieving those big ambitions.

As soon as you open that ‘what if’ can of worms, big goals you’ve dreamed up together can suddenly seem scary and intimidating.

Think of it like a ripple effect. Everything starts from the top down so when people look to you for inspiration, or if you’re trying to build a workplace culture – what you do can inspire your team or have an adverse effect.

The crown is a beautiful thing that everyone wants, but is heavy to carry after all.

And when everyone looks to you for answers, having limiting beliefs sneaking into your internal dialogue is intimidating.

This makes it trickier to navigate, and harder to identify your limiting beliefs as soon as they sneak up on you.

How can I identify my own limiting beliefs?

Self awareness is key to being able to identify a limiting belief. Especially because limiting beliefs come in different shapes and sizes and can sometimes be easily confused with imposter syndrome. 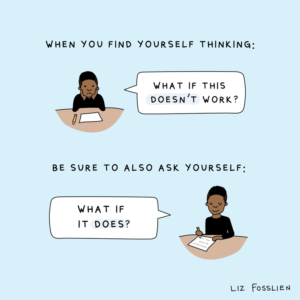 To help you identify limiting beliefs easily, we’ve rounded up the most common examples. These include things such as:

1. I don’t have enough time

Guilty of over using the excuse that you don’t have enough time? You are not alone. It’s something many of us default to but when it comes down to it, if something else pops up that you like doing are – chances are you will prioritise that.

Overcome this by breaking the overarching goal into small steps and give yourself a small reward upon completion of a number of stages.

Have big dreams you want to achieve? Intimidated by age because of lack of experience you feel is missing? This is a normal reaction.

Try shifting your mindset by focusing on what motivates you instead. Go break those barriers!

Have a company you’ve always wanted to start? Want to change careers? Worried that your age will hold you back?

Don’t self-reject and hang around this mindset long enough for the what-ifs to kick in. You’ve worked hard to get this far, and if you’ve found that perhaps it is not what you are seeking, you deserve the chance to explore different opportunities.

One of the hardest limiting beliefs to overcome because the main challenge here is to understand your worth.

Try creating a small wins list, that you can lean on when times get tough and this belief starts kicking in. List every win in it – no matter how big or small.

5. What if I end up embarrassing myself?

Try shifting your mindset by focusing on what if it goes really well. That’ll probably shock your limiting belief a bit, though.

Fear of making mistakes is common. But growth only happens when you learn from those mistakes.

Instead, focus on being accountable for your mistake and navigate past this by looking at ways forward and how to solve or fix the problem.

But what if it goes well? We know the common phrase ‘mind over matter’ can only go so far – but you’ll be shocked to see how easy we accept negativity, and how hard we find it to be positive.

Try asking yourself – what if it goes really well? And, if it doesn’t go so well – what can you learn from it? Perhaps it’ll be a good story and lesson learned.

8. Am I good enough to write this article and educate others about limiting beliefs?

Ironically this author started having limiting beliefs while writing this article. They overcame this by talking to peers about it, and aspiring to inspire others to overcome it too.

A bit of an accidental lead by example moment, really.

As you can see, these negative trails of thoughts can often be deeply ingrained into us as part of defense mechanisms to prevent ourselves from getting hurt by something or someone. They can also hold us back from self improvement, attaining that dream job or building that awesome company.

So how do you overcome them to realise your full potential? 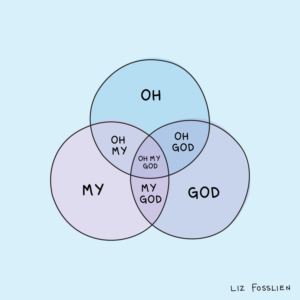 How to overcome limiting beliefs as business owners

The good news for the sceptics out there is that it isn’t just about positive affirmations.

We spoke to some inspiring business owners around the world to inspire you to overcome your limiting beliefs. Unsurprisingly, a common trait they have is not positive thinking – as that can often feel forced, but rather, the ability to adopt a growth mindset as they seek to break glass ceilings.

And if they can redefine their belief system to serve them better, so can you. Here are some of their best tips on overcoming limiting beliefs:

1. “Overcome the natural assumption that things are the way they are and can’t be changed.” – Ben Thompson, CEO of Employment Hero

How do you overcome limiting beliefs to build one of Australia’s largest tech unicorns?

By understanding that you can break down the barriers that are in front of you by taking it into your own hands. Ben believes that once you understand that everything in the world is malleable you realise it is up to you to change the world for the better.

The ability to change and adapt your mindset to build and create good habits is important if you want to achieve this. A great way to do so is to lean on the Rockefeller Habits system, a framework that Ben has personally used to catapult his team towards success.

2. “Stop and think about why you are having these thoughts.” – Lenna Lou, Founder of The L Factor

What is a common trait that business owners have in common when experiencing limiting beliefs? Fear of failure and making mistakes.

Lenna has seen limiting beliefs stop even the brightest of us from doing something. She suggests that, “As soon as you’re having negative thoughts, the first thing you should do is ask yourself why you are having them.”

It sounds like a no-brainer but running a business means that you’re constantly on the lookout for the next challenge and going a hundred miles an hour. Having that time to step back and pause to reflect, as simple as it sounds, can be a powerful technique.

By the way, leaders are not the only ones fearful of making mistakes. Owning up to mistakes at work as a team member can also be scary and intimidating. By creating a supportive environment for your team you can reassure them that it is ok to make mistakes, and be accountable for them so that you can fix it together.

3. “Look at obstacles as opportunities in disguises” –Chris Do, CEO of The Futur

Why are some people often stuck, while others seem to be able to adapt quickly?

Chris believes that being able to reinvent yourself is key and you can do so by looking at obstacles as a gift, and as an opportunity to transform yourself to becoming more than what you thought you were capable of.

Having the mindset that allows you to want to try something new and different, and embrace obstacles as a way forward is a great way to overcome limiting beliefs. Chris suggests that “How you respond to your obstacle equals an outcome.” How do you go about this?

Chris believes you have to deal with attachment, reidentify your identity and spot trends about yourself. He dives into this more here.

Why do we keep searching for things such as success and validation externally?

Phil has found that “A lot of people promise to guide you to success. As if it is something separate from you.”

To overcome this reliance on others, Phil believes that success should come from within you. “There shouldn’t be a reason to look externally, other than to the lessons the world teaches you, specifically.”

Once we get used to a certain thought process, it can be hard for us to get out of our comfort zone. But having a meaningful goal to work towards can help with motivation.

Make use of Employment Hero’s all in one platform to house your biggest goals and dreams as you embrace your true self and help your business reach its full potential.

While you’re at it, use it for your team, too. After all, they deserve special attention.