Supporting transgender employees in the workplace

Recent changes to legislation have made it easier for trans and gender-diverse people to live their authentic life. As a business, you can help support trans employees by making simple changes to your workplace policies and culture. Here's how! 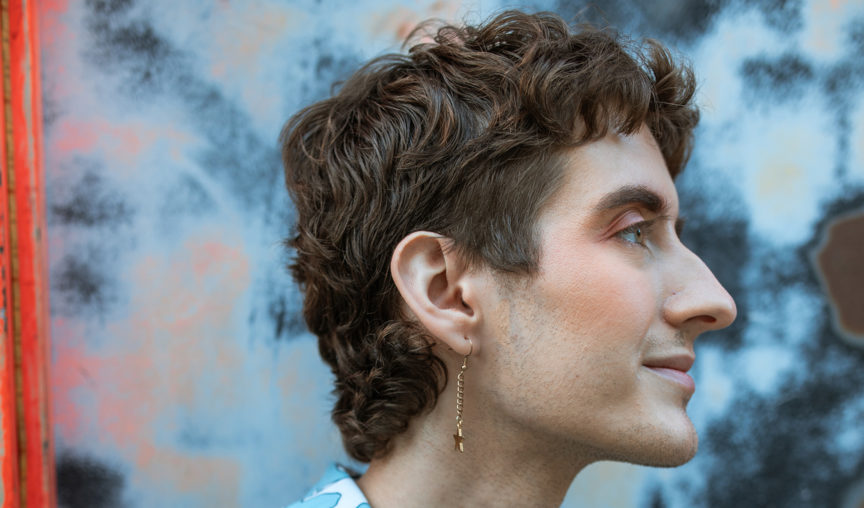 In June of 2020, the US Supreme Court handed down a ruling that barred employers from discriminating against queer and transgender employees. This was the latest of many fights happening worldwide to introduce or strengthen legislation to protect the LGBTQ+ community in the workplace.

While this landmark ruling is a great step forward, the LGBTQ+ community – and the trans and gender-diverse community in particular – still frequently face discrimination in workplaces around the world.

Trans and gender-diverse employees are almost twice as likely to hear sexist jokes about people of their gender or to hear demeaning comments about people like themselves. From this, they are three times more likely to feel like they can’t talk about themselves or their life outside work.

This is likely part of the reason why trans people frequently think about leaving their company.

As we’ve explored throughout our 2021 Diversity and Inclusion series, fostering diverse and inclusive workplaces opens your business up to invaluable diverse thinking.

Diverse and inclusive workplaces can also make a significant impact beyond the office door, creating better professional lives for people from minority groups and driving change in society-wide inequalities.

Why are transgender employees being discriminated against?

We spoke to Eloise Brook of The Gender Centre about supporting trans and gender-diverse people in the workplace.

She suggests that ignorance and a lack of understanding were often to blame for discrimination.

1. Use inclusive gender identity and pronouns

💡Employment Hero has gender selection options of ‘female’, ‘male’, ‘non-binary’ and ‘would prefer not to say’ as a standard inclusion on our paperless onboarding system.

Personal pronouns are the words we use to describe ourselves or others – ‘he’, ‘she’ or ‘they’. For a non-binary or gender-neutral person, you should use the word ‘they’ in the place of ‘he’ or ‘she’.

For a trans person, remember to use the pronoun that aligns with the gender of which they identify. If you feel uncomfortable or unsure about what pronouns to use with someone, ask them. It can be distressing for a person who is trans to be called by the name they used prior to transitioning or by incorrect pronouns.

Make sure when you’re talking to or about a trans person you remember to use their identified name.

Sometimes, mistakes will happen. If you or one of your staff members do slip up, offer a private and professional apology and remember for the future. Increasingly, more companies are including gendered pronouns as a standard for all staff on email signatures.

This is a positive and inclusive way to support trans and gender-diverse ways in being addressed by their correct pronouns.

2. Create a culture of allyship

In the workplace, allies can be leaders, managers or employees who acknowledge, respect and value differences. Being an effective and authentic ally means more than one single act of solidarity. It means taking the long road to understanding and empathising with the various inequalities minority groups experience.

Displaying allyship can include standing up against discriminatory behaviour when you see it, challenging microaggressions, and explaining sensitive topics to non-diverse colleagues, so the individual doesn’t have to.

The burden on individuals from minority groups, such as the trans and gender diverse community, to talk to their identity time and time again can be exhausting.

“It’s not the responsibility of the employee to be the spokesperson, to explain, to educate, to have to go through their workday explaining things,” says Eloise. “So that means that one of the best things that people can do as a group is, depending on the size of an organisation, to have a support group or have people who identify or see themselves as allies. In being an ally they can create an inclusive space without necessarily singling someone out.”

Whilst it’s great to get to know your trans and gender-diverse staff members better, don’t spotlight or ask frequent questions about their identity or experience, even if it’s in a positive light.

“Often it’s the case that you might have a trans person who is transitioning and coming to work and the last thing that they want to talk about is their experience of being trans,” says Eloise. “They just want to get on with the job that they’re being paid to do. So on one hand it’s incredibly supportive and uplifting to visibly show that you’re very supportive of someone but it doesn’t take away from how wearing it can be if a trans person or gender diverse person is always having their gender spotlighted, even in a positive way, in that kind of circumstance.”

Transitioning. Transitioning is the process of a person beginning to live as another gender.

Gender Identity. An individual’s gender identity describes their personal conception of themselves as male, female or non-binary.

Cisgender. The term cisgender refers to a person whose sense of gender identity corresponds with their birth sex.

Folx. Folks is an alternative spelling to the word “folks”. The term can be used to indicate the inclusion of different groups and is a good alternative to “guys” or “ladies and gentlemen” when speaking.

Read more on diversity and inclusion:

We’ve included everything you need to know about Diversity and Inclusion in our free HR Handbook. Download now.