The Best Music to Listen to While Working

Wondering what type of music will help you be the most productive at work? Check out these best science-backed types of music to listen to. 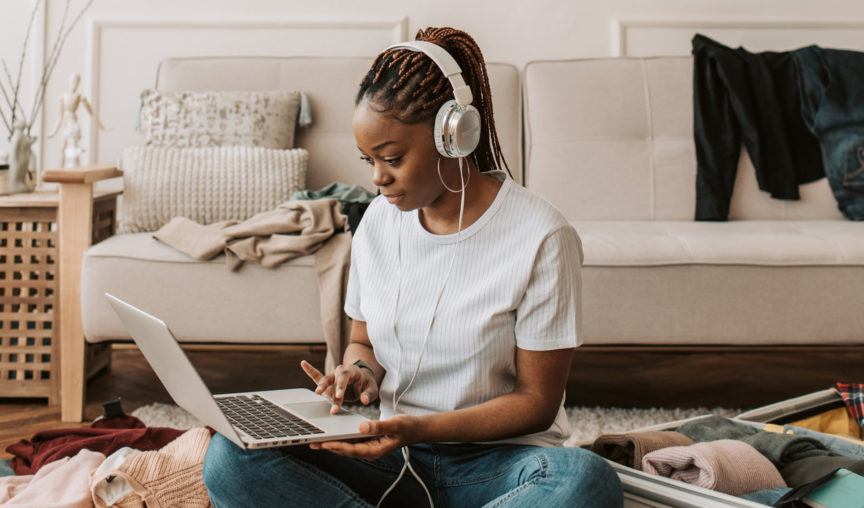 Does listening to Mozart make you a genius? No, not really. But can the stimulating sonatas of the famous composer help rats navigate a maze slightly faster? Definitely.

You might be asking, “But I’m not a rat, and I’m not trying to navigate a maze“, but the results of Frances Rauscher’s famous Mozart Effect experiment aren’t irrelevant. When analysed alongside modern research, certain trends of music genres and their influence on workplace productivity can be seen.

But what music is best? First, let’s look at what makes music beneficial or harmful to your work routine.

When does music help productivity at work?

Work and music have been historically intertwined. One of the most famous early examples of this is the BBC’s “Music While You Work” programme that ran during the Second World War.

The idea was to play happy and uplifting music that would improve productivity for factory labourers that listened along while they worked. And it was successful; many factories at the time reported productivity increases of up to 20%.

For more complex work roles, the same music may not have the same effect. This is because different parts of the brain are being used and the work may not be as autonomous.

When does music harm productivity at work?

Depending on the type of music and the work being completed, music can have a positive or negative effect on your level of focus and memory.

In studies where participants were made to complete more complex tasks like reading comprehension and maths, the results showed that music might distract individuals rather than help them. Both require high levels of short-term memory and suffer most at the hands of distracting music.

As for the type of music, there are a few telltale signs you’re listening to a distraction rather than a productivity-boosting piece.

According to Clifford Nass, professor of communication at Stanford University, lyrics are the number one feature of distracting music.

This is because the brain is being forced to multitask on the work you’re doing while subconsciously interpreting and analysing the lyrics of the song. Louder and more complex music will also be more distracting than simpler genres. But what about Mozart?

Many critiques of the Mozart Theory state that the positive effects of his music aren’t caused by some type of magical composition. Instead, increased brain stimulation from simply listening to music, in general, is thought to have spurred those rats through the maze at breakneck speed.

This may seem like an underwhelming conclusion, but it means that if you can listen to music you enjoy without being distracted by it, you could potentially improve your attention and productivity.

One very important feature of Mozart’s work is that it doesn’t contain any lyrics. Many studies that disapprove of listening to music in the workplace have tested popular music heard on the radio.

A good tune can inspire you, give you fresh ideas or help you to relax while you listen at work.

So what should I listen to?

An obvious choice. However, with so many classical artists out there, the choice of where to start can be tough.

Try sticking to the Baroque or Classical era with composers such as Mozart, Vivaldi, or Bach

Movie, television or even video game soundtracks are designed to be listened to alongside visual stimuli, so it’s no surprise that many soundtracks are great for working along to.

Try out the soundtracks for The Social Network, Arrival, or Joe Hisaishi’s scores for various Studio Ghibli movies.

Another no-brainer. Ambient powerhouse Brian Eno once stated that ambient music must be “as ignorable as it is interesting”, Which is why it’s perfect for working along to.

The music provides an interesting background filler while not distracting you from your work.

This is for those who want something a little more exciting than Brian Eno. Ambient Techno combines the spacey and relaxing sounds of Ambient with some extra drums and melodies to up the excitement.

Check out Boards of Canada or Tycho.

When you’re trying to get into the zone, sometimes silence is best. You could also try earplugs or simply wear headphones without music to drown out any outside noise.

Regardless of what you listen to, many of the positive benefits of listening to music stem from its mood-boosting properties; if you don’t enjoy what you’re listening to, it probably won’t boost your productivity (regardless of the genre).

Try to strike a balance between the quiet, instrumental tracks and the music you listen to regularly.

For more info on how to stay productive at work, check out some of our other blogs below.