The Rules of Engagement: Reward and Recognition

If you're looking to retain staff, help employees be more productive and have your company perform better, reward and recognition is a winning wicket. 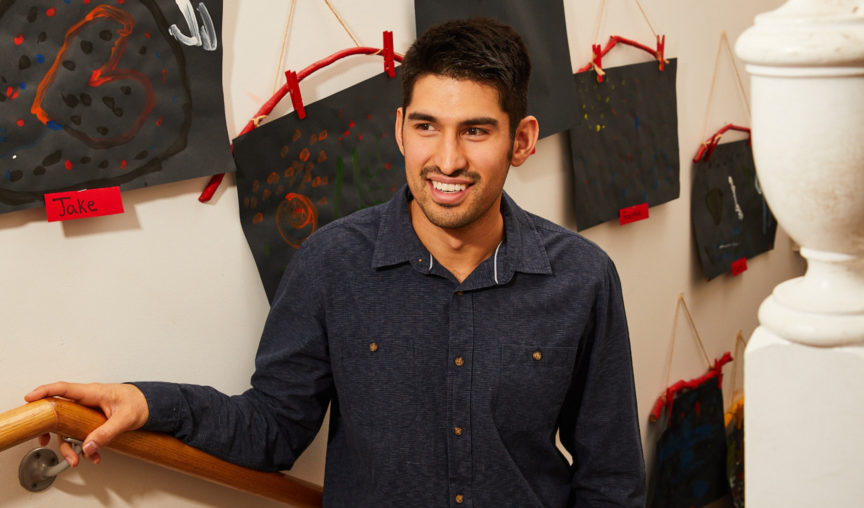 Reward and recognition is the key to employee engagement. Studies have shown that for every piece of criticism that an employee receives, whether constructive or not, six pieces of positive reinforcement are needed to counteract it.

So if you’re looking to retain staff, help employees be more productive and have your company perform better, reward and recognition is a winning wicket. But recognising (pun intended) the benefits of reward and recognition isn’t enough. Employers who rely on their employees and managers to simply ‘start recognising and rewarding’ one another will be as successful as the ones who don’t bother in the first place.

The good news? It’s actually quite simple to create a workplace culture that actively rewards and recognises one another, but like with anything worthwhile – the trick is sticking to it. Here are our rules for an effective reward and recognition program.

Want your reward and recognition program to take off? Then transparency is key.

For starters, what specific behaviours do you want to recognise? Who should be displaying them? How are you going to recognise them? And how will you reward them? By answering these questions, leadership can avoid any accusations of bias or preferential treatment.

Introduce your reward and recognition program to the whole company and clearly outline the specifics. The better you articulate what is expected of your employees and communicate what behaviours or characteristics you want them to aspire to, the easier it will be for them to display them.

This is also a good time to address how your system will work. Will you recognise an employee of the month at a monthly meeting? Will you have weekly stand-ups where team leaders can announce employees who have done great work? Will you reward employees with a company certificate?

This is also a great opportunity to promote a culture of inclusivity – some employees may not feel comfortable being singled out in front of a crowd (even if it’s for the right reasons!). Invite employees to discreetly message their manager or leadership team if they would prefer to be recognised in private. 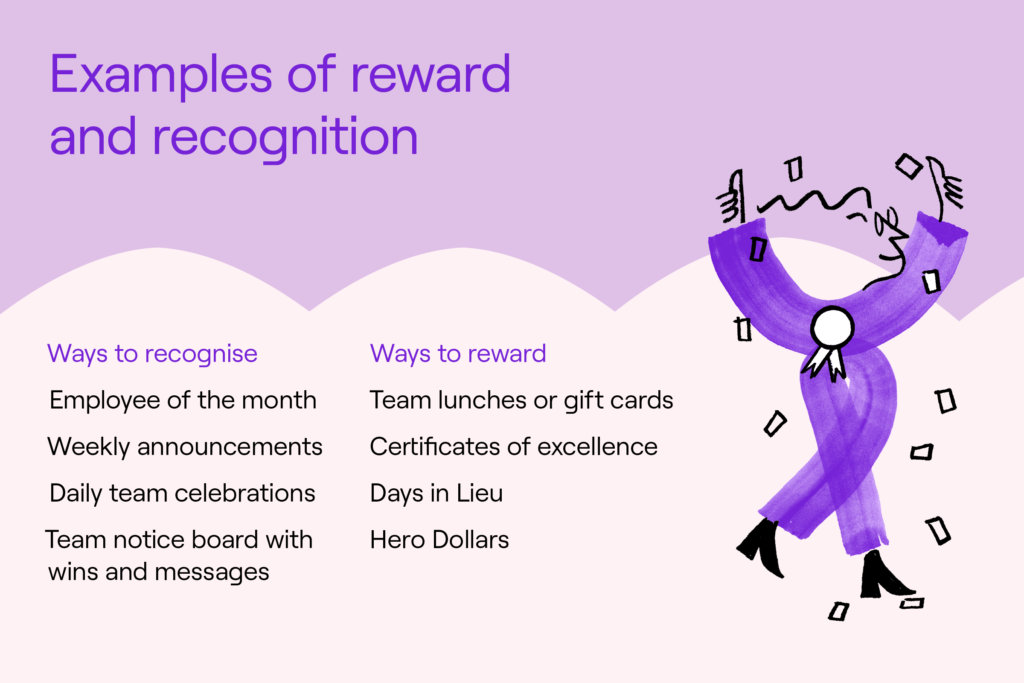 At Employment Hero, we use HeroThanks to recognise when one of our team does a great job. Using the company feed, HeroThanks can be submitted on either mobile or desktop and makes it super easy for us to appreciate one another.

Not only does it make the appreciated person feel more confident, it’s an excellent way for other employees to see how people outside their teams contribute to the success of the business.

HeroThanks is the reason that the last time I crossed paths with Dan from accounting, I could say “good work finalising the end of month stuff”. I’m still not actually sure what “finalising end of month stuff” means, but I know Dan did it well and I’m grateful that he did.

In order for your reward and recognition program (and you should consider it a program!) to be successful, leadership and team managers need to be consistent with it. That means making a concerted effort to reward and recognise employees frequently and – if their employees are comfortable with it – loudly.

With leadership walking the walk, employees will feel more comfortable recognising one another for their own efforts and in time, leadership won’t need to play such an active role (though they should continue to do so!). At the same time, by championing the behaviours that lead to reward and recognition, you’re setting a standard for the whole company to aspire to.

The best way for business leaders to start a reward and recognition program is to focus on recognising their direct reports each and every day, and encouraging their managers to do the same. When you notice an employee doing their job well, thank them by name. Be specific about what task they have done well and what effect it had on you personally, as well as the effect it will have on the company.

Finally, thank them again by name to really hammer it home. For example,

“Thank you for writing that blog on reward and recognition, Annabel. I really enjoyed reading it and it made me think about how I can better reward and recognise my own team. Well-written content like that will be really useful for future customers too. Thanks Annabel.”

Try to recognise at least one person every day to get you into the habit and remember, a compliment costs you nothing – but it can mean the world to the person who receives it.

If possible, try to involve each of your teams in the reward and recognition program. Every part of your business should have its own KPIs, and the teams responsible for them should be rewarded when they meet or exceed them. For example, the sales team might get all the glory for bringing in the big bucks, but the support team might be kicking goals under the radar.

Keep all your teams engaged in the reward and recognition program – and if you don’t know what their KPIs are, they probably don’t either…this would be a bad thing!

A reward and recognition program can only last so long before rewards need to offer something more than a sentiment of gratitude and praise. But tangible rewards don’t have to cost the earth; in fact, don’t consider it a cost at all – it’s an investment.

What do we mean by tangible? Well, to be frank, monetary value; but not as much as you’d think. The dollar value of the reward isn’t as important as the fact that the reward has monetary value. Even smaller, token amounts can build more of an incentive for employees to continue working productively to build up to a higher value reward.

At Employment Hero, employees receive $10 Hero Dollars every time they receive a SuperHero Nomination. Though $10 is a relatively minor cost, employees are motivated to keep up their good work and increase their total amount of Hero Dollars.

I know what you’re thinking; “If I’m rewarding staff with money, doesn’t that count as a fringe benefit?” I’m glad you asked! Rewards can fall under the minor benefits exemption if the reward is:

Infrequent is somewhat subjective, so to avoid that pesky 49% fringe benefits tax, keep your rewards minimal and irregular. Reward the same employee every Monday with $50 and the tax man will come calling.

Reward and recognition isn’t a bandaid for unhappy employees – it’s proactive, not reactive. Giving employees a $250 gift card won’t negate poor management and a toxic culture – it will just reinforce how out of touch leadership is with their employees.

Still not sure if reward and recognition is worth the investment? Employees who feel appreciated are more engaged, and engaged employees are more productive. They’re also better brand advocates as a result, which in turn leads to a better experience for your customers. Happy customers equals more customers, which means two things:

Want to know more? Drop us a line and we’ll tell you more about it.

Benefits and Wellness
Leadership and Management
People and Culture